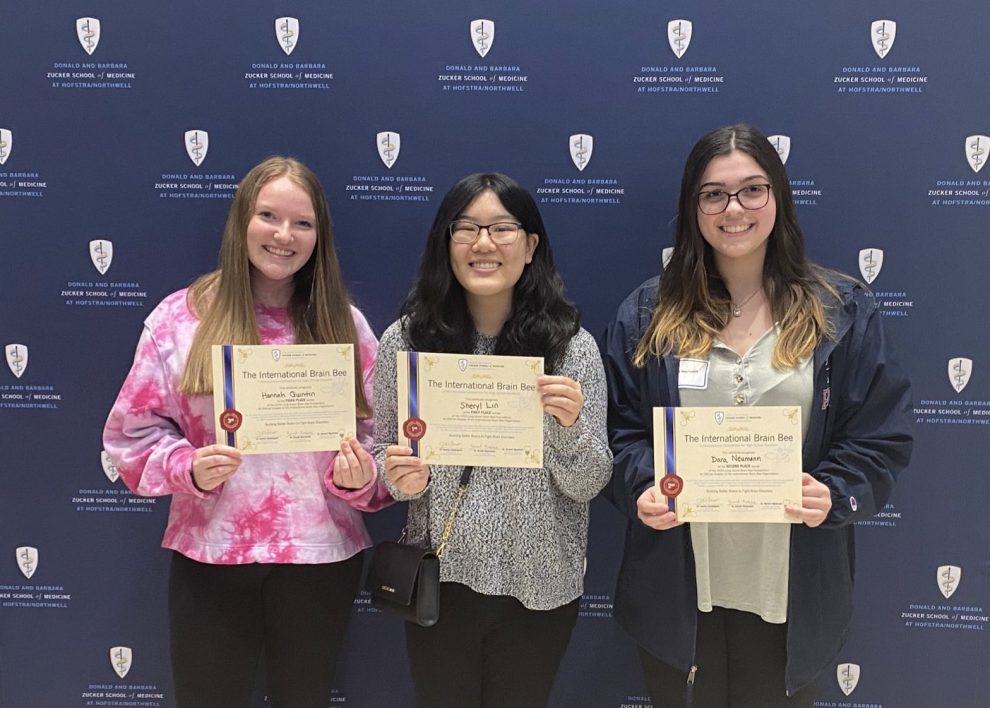 Hempstead, NY—It was an unBEElievable day of competition as Island Trees High School lands in first place at the 2020 Long Island Brain Bee, a regional high school science competition held on Sunday, Feb. 2, at the Zucker School of Medicine at Hofstra/Northwell. The goal of the event is to expose young scholars to the study of the brain and motivate early career interest in the fields of neuroscience research and clinical sciences.

“This is the first time my school has entered the Brain Bee, and we won, it is a proud moment,” said winner Sheryl Lin, a senior at Island Trees HS who participated in the competition with a classmate.

“Our science teacher and students from our school who have participated in the past helped us a lot in preparing for the contest. We learned so much today from being in the lab and from the doctors and student volunteers—we had a great time,” said Neumann.

LI Brain Bee judge and Zucker School of Medicine professor of science education, Maya Frankfurt, PhD, describes the Brain Bee as a highly interactive day, including undergraduate biology students, medical students, faculty and staff who volunteer their time to support to the contest. “It is a fantastic opportunity for young people to learn about what is happening in science and medicine, talk to people in the field, and consider where a career in neuroscience can take them,” said Dr. Frankfurt.

The first leg of a nationwide competition, the LI Brain Bee is one of many local one-day contests that take place in communities throughout the U.S. First-place finishers from regional contests advance to the USA Brain Bee Championship supported by the Society for Neuroscience (SFN) and vie for a chance to match wits on a worldwide stage at the International Brain Bee. The LI Brain Bee consists of two rounds of testing, including a written test of multiple-choice questions based on Brain Facts published by SFN and a practical exam following a series of lab demonstrations to identify anatomical structures and functions in human brain specimens. In addition to testing, contestants participate in a charades-style round in which they identify brain disorders, treatments, and diagnostic tools based on skits performed by Zucker School of Medicine students. Participants also learn about the importance of scientific discovery to advance understanding of the brain and the treatment of neurological disorders from researchers in the field.

“I am considering a career in molecular cell biology, the competition was a great way to connect my interest in neuroscience,” said Lin, who will be attending Johns Hopkins University this fall. “The best part is that I have met so many people from different schools, everyone is so smart!”

Lin will go head to head with regional contest winners at the 2020 national championship at the Northeast Ohio Medical School on March 27-29.

For more information about the LI Brain Bee and the Zucker School of Medicine, visit online at medicine.hofstra.edu. 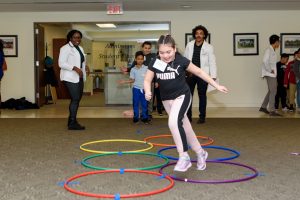 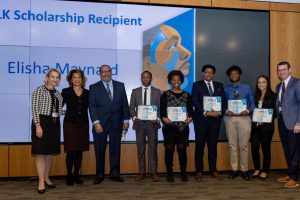 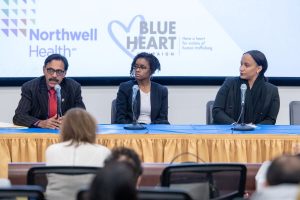 Adrienne Stoller is communications manager at the Donald and Barbara Zucker School of Medicine at Hofstra/Northwell. For more information about news items or media inquiries, please send a message to Adrienne.M.Stoller@hofstra.edu or call 516-463-7585.

How to deal with the elephant in the waiting room
Comment